From September 2019 the City of Derby Academy will be home to a Combined Cadet Force Army (CCF(Army)) section. This is being delivered in partnership with Repton School.

The CCF(Army) aims to promote the qualities of responsibility, self-reliance, resourcefulness and a sense of service to the community. Activities include drill, skill at arms training, air rifle target shooting, fieldcraft, adventurous training and first aid.

By joining the CCF (Army) cadets also have the opportunity to get involved with volunteer and charitable work in the community and to gain nationally recognised qualifications such as BTECs.

Joining the CCF (Army) provides a wonderful opportunity to take part in Army themed activities and events, all of which focus on building self-disciplined individuals with self-courage and a sense of worth. As a youth organisation, the CCF (Army) strives to give cadets a fun and safe experience.

This venture is a joint partnership between the City of Derby Academy and the Ministry of Defence. There is no commitment or expectation on cadets to join the regular Armed Forces when they have completed their schooling.

Details on how your child can get involved in this exiting opportunity will be released soon. In the meantime, If you would like to find out more about the CCF (Army) please visit www.combinedcadetforce.org.uk. or send an email to cadets@cityofderbyacademy.org

© 2021 City of Derby Academy Made by CODA Education 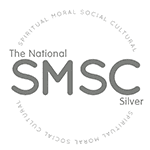 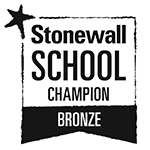 You can request a paper copy of the information contained on this website, free of charge. Please contact Reception to arrange this.

QEGSMAT is a company limited by guarantee registered in England & Wales (Company No. 07698914)